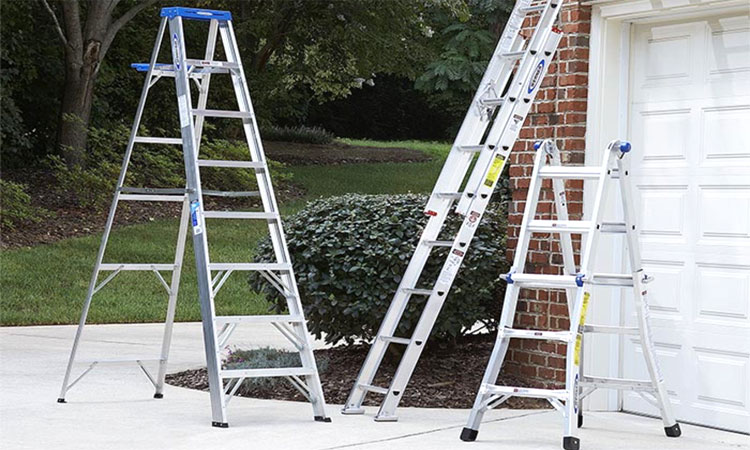 When attempting to reach overhead objects, few tools are of as much value as a ladder. Ladders allow us to reach the unreachable and make the best possible use out of space in our garages and homes.

While ladder use is relatively straightforward, most individuals never stop to consider the true value of each ladder-related component. Each of these components is vital to proper ladder function, and safety.

Read on to learn more about the parts associated with two of the most common types of ladders, as well as the specific purpose of each individual component.

Parts of a Step Ladder 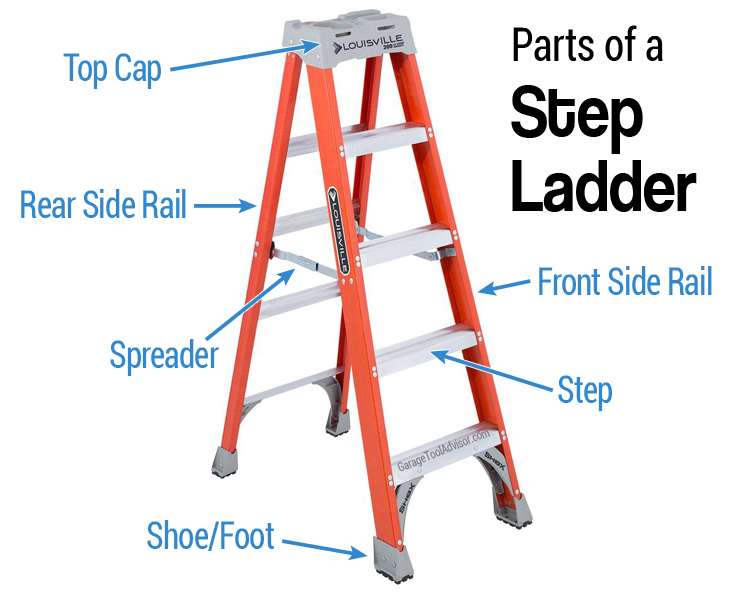 It is quite reasonable to assume that ⅔ of all homeowners also own a step ladder. Ladders of this type are extremely helpful when attempting to reach ceiling level objects such as light fixtures, or when trying to reach a distant object on the top level of a shelf.

While not overly complicated in nature, a step ladder does have several working parts, which facilitate proper operation. Cumulatively, these parts provide a step ladder with the rigidity necessary to elevate its users to new heights.

The following are the vital parts of a step ladder.

A step ladder’s rear side rails serve set opposite its front rails, and serve as the other half of such a unit’s structural frame. These rails also feature cross supports, which provide additional rigidity.

A step ladder’s steps serve as the point on which its users climb and stand. Most step ladders feature steps that are textured, or feature a non-slip design, as an additional safety measure.

A step ladder features spreaders between its front and rear rails, at each of the unit’s individual sides. These spreaders consist of a hinged design, which allows them to lock into place under the weight of the ladder’s occupant.

Spreaders prevent a ladder from inadvertently folding upon itself when in use.

A step ladder’s cap not only serves as the point of junction for each of the unit’s sets of rails but also as a convenient shelf as well. Many ladders feature specialized caps that are designed to hold objects such as screwdrivers and pliers.

Step ladders feature non-slip shoes at the bottom of each of their rails. These shoes are designed to prevent ladder slippage and are therefore considered to be essential safety equipment.

Without the use of shoes, a step ladder could shift dangerously when under a load.

Parts of an Extension Ladder 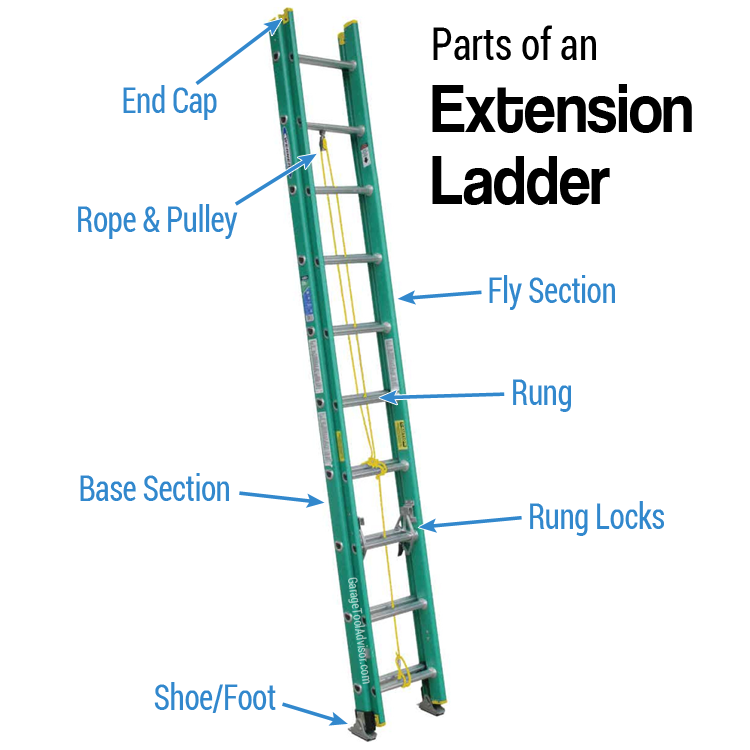 Extension ladders are also of significant value to the average homeowner. Ladders of this type can be used to facilitate a multitude of tasks, most of which involve gaining access to a home’s roof.

Extension ladders are often used when cleaning gutters, or re-securing shingles. Contrary to what one might be led to believe, an extension ladder is not an overly complicated piece of equipment.

On the contrary, ladders of this nature are little more complicated than a basic step ladder, yet feature their own list of distinct components.

Structurally speaking, extension ladders consist of two main segments, the first of which is a base. An extension ladder’s base remains stationary when in use, and is affixed to the unit’s uppermost segment, known as the fly.

In the world of extension ladders, steps are referred to as rungs. Those using an extension ladder climb upon these rungs to reach the desired work height. However, rungs are not as deep as the steps found on a step ladder and are typically tubular in design.

Rung locks prevent an extension ladder’s fly segment from falling upon its base when in use. These locks engage by hooking overtop of the ladder’s rungs as the fly is extended upward.

These locks must be manually lifted, in order for the fly to be retracted into its rest position.

An extension ladder’s fly is extended into places via an integrated rope and pulley system. The use of this system reduces the amount of effort that one must extend when deploying their ladder into position, by applying the mechanical force of leverage.

Located at the top of the rails in the fly section, these are simply plastic or rubber caps which are mar-resistant so you don’t scratch up the surface you are leaning the extension ladder on. They also help to avoid the ladder from sliding around on the supporting surface.

Like on a step ladder, extension ladders have non-slip shoes at the bottom although there are only two of them (at the bottom of the base section rails). The feet pivot allowing better balance depending on the angle of the ladder. On soft ground, the shoes flip up so the spur side pokes into the ground for more stability.