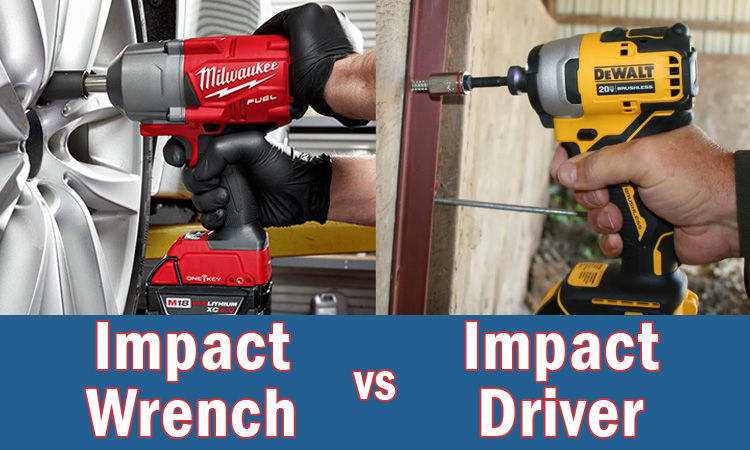 From time to time, every DIY aficionado encounters a fastener or two that presents difficulty. These nuts, bolts, and screws simply refuse to budge, despite putting forth our best efforts. In cases such as these, impact tools become our go-to option.

Impact tools come in a variety of forms, often leading to a wealth of confusion when discussed in conversation. Two of the most commonly confused tools within this category are impact wrenches and impact drivers.

Though both serve somewhat of a similar purpose, their exact means of accomplishing the task are quite different. Read on to learn about the differences between impact wrenches and impact drivers, as well as the value that each offers to the average consumer.

What is an Impact Wrench? 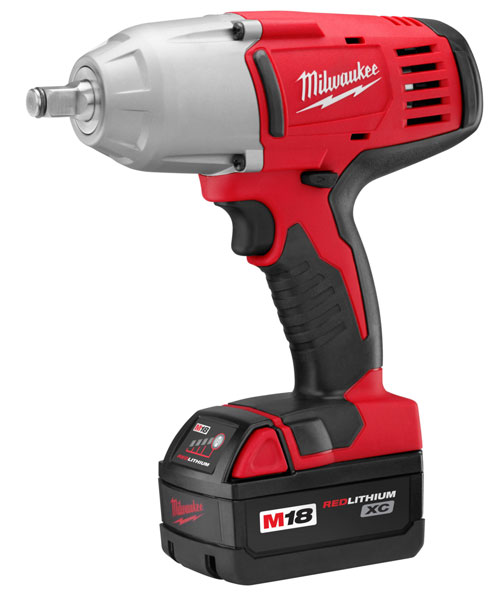 An impact wrench is a gun-style device that is intended to apply and remove nuts/bolts, with the use of a socket. Tools of this type feature a square-shaped drive, to which the appropriate socket (regular or impact socket) can be attached. The most popular of all impact wrenches come in a 1/2” drive configuration, though 3/8” drive impact wrenches are also quite common.

In the past, pneumatic impact wrenches served as the industry’s gold standard. However, battery powered impact wrenches have slowly grown in popularity, often serving as a favorite at job sites across the world. Impact wrenches of this type can be used anywhere, without the need for an air compressor or any accompanying hoses.

When to Use an Impact Wrench

What is an Impact Driver? 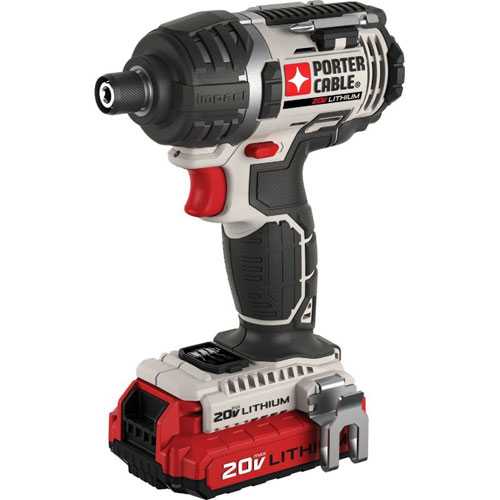 An impact driver is a compact device intended for setting and removing screws and other similar fasteners. Tools of this type are designed to accept 1/4” hex shank bits, which generally feature heads of a flat or Phillips configuration.

However, special adaptors can also be used, which allow the use of a socket. This is especially handy when driving self-tapping bolts.

Since their earliest days, impact drivers have typically been of a battery powered configuration. This tends to be quite beneficial, as the need for cumbersome air hoses or electrical cords has largely been eliminated.

One can also keep additional battery packs at the ready, in order to facilitate continuous use.

When to Use an Impact Driver

Key Differences Between an Impact Wrench and Impact Driver

The following is a side-by-side comparison of several key characteristics found in both impact wrenches and drivers. 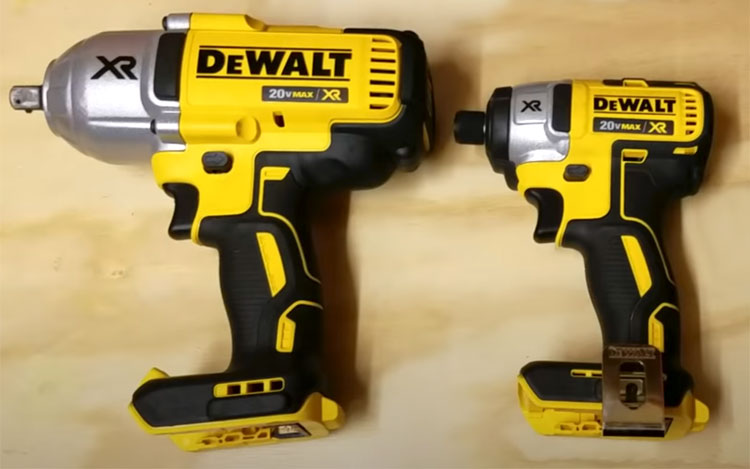 In most cases, impact wrenches are significantly larger than impact drivers, and often weigh substantially more. This quite simply comes as a product of the demands placed upon an impact wrench while in service.

Impact wrenches must be designed to much heavier standards than the typical impact driver, in order to sustain repetitive shock loading at extreme torque.

However, many air impact wrenches are now available in composite handle configurations. When revised in this fashion, an impact wrench sheds a substantial amount of its operating weight. This often reduces operator fatigue, allowing one to work for a longer period of time, in relative comfort. 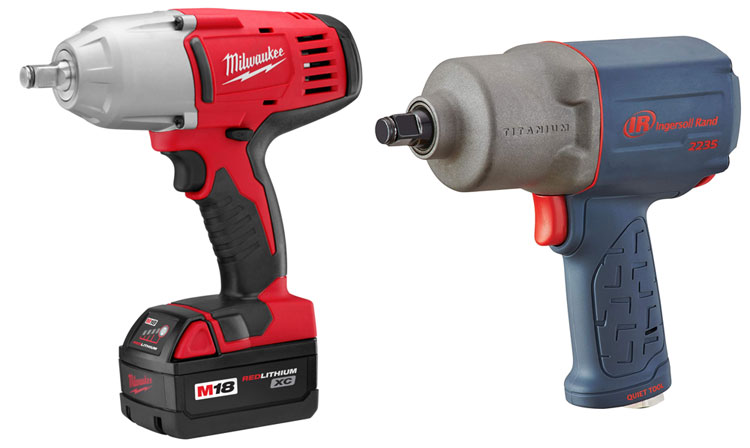 Impact wrenches can be readily found in both pneumatic and battery-operated configurations. Battery powered impact wrenches are immensely popular within the trades and are a staple of job sites everywhere.

Meanwhile, many mechanics still rely upon air-powered impacts when in need of additional torque, though battery powered impacts have also found increased popularity within such applications.

Virtually all impact drivers are electrically powered. While a few corded impact drivers exist, battery operated models account for the vast majority of sales. This is primarily due to the ease of portability associated with battery powered impacts.

Impact wrenches typically possess a significantly greater amount of torque than most standard impact drivers. Today, it is not uncommon for impact wrenches to offer as much as 1000 lb.-ft. of torque and even more breakaway (reverse) torque. In the vast majority of cases, this is more than enough power to complete even the most difficult tasks with ease.

On the other hand, impact drivers feature far less torque than an impact wrench. In general, most impact drivers possess a maximum torque of approximately 100-150 lb.-ft.

Since these tools are not intended to torque large automotive or industrial fasteners, any additional torque would likely be considered overkill.

Related: The 9 Best Torque Wrenches You Can Buy

If one could only choose a single impact tool to complete the bulk of their work, it would likely be an impact driver. Tools of this type tend to be extremely versatile, as they can be used to tighten screws, as well as hex-head fasteners, with the appropriate adaptor.

This makes the impact driver ideal in a general DIY setting, or even on most job sites.

Impact wrenches really shine when tightening and removing high-torque fasteners of substantial size, due to their brute strength. Impact tools of this type are perhaps best suited to work in a variety of automotive-based applications.

Outside of such settings, and impact wrenches list of potential uses is somewhat limited.

Both impact wrenches and impact drivers tend to be relatively costly when compared to a number of other types of power tools. The cost of these tools can also vary significantly, from one end of the spectrum to the other. In most cases, ultra-portable battery-powered impacts tend to command a much higher purchase price than their pneumatic counterparts.

In general, impact wrenches typically cost more than impact drivers, due to their substantial size and weight, as well as their higher torque ratings. Large 3/4” impact wrenches, such as those used in an industrial setting, often cost as much as $500+, while light duty impact drivers can be found for as little as $100.

Caution should be used when operating both impact wrenches and impact drivers. Each of these types of power tools poses the risk of injury if used haphazardly, primarily due to the amount of torque that they yield.

This torque is partially transferred to the end user of such tools at the time of operation. Holding either of these impact tools with a less than sturdy grip can result in a wide array of injuries.

Additionally, one is wise to wear ear protection when operating an impact wrench, as the use of such a tool can generate enough noise to adversely affect one’s hearing.