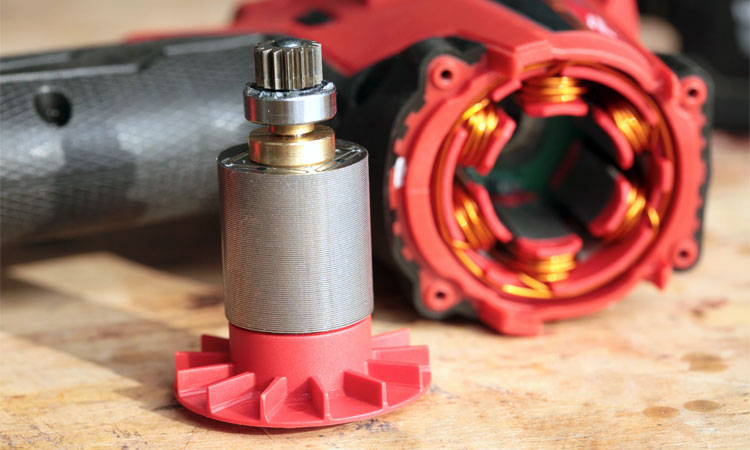 Note: This post may contain affiliate links. This means that at no cost to you, we may earn a small commission for qualifying purchases.
2 shares

Buying a drill today is a lesson in technology. From cordless models to hard-wired powerhouses, these drills have many features that may or may not suit your needs at home.

One comparison you’ll encounter is the brushless vs brushed drill choice. Selecting between these two designs means that you need to understand the science behind them.

In the end, the brushless drill will usually be worth the extra money based on several factors and assuming the tool is actually used more than once a week.

What is a Brushless Drill?

Brushless models don’t require connections because there are circuit boards that control the entire, spinning scenario as you power up the drill.

From a casual glance, there’s no difference between a brushed and brushless motor. The operational differences are apparent, however. You simply need to use the drill for a few sessions to really appreciate it. When using your normal cordless (brushed) drill and a job requires extra torque, you’ll notice the drill become warm and even hot to the touch. This is because standard motors in cordless drills contain carbon brushes which create friction as the motor spins.

The more power is needed, the more friction is created. This friction is simply wasted energy that can quickly drain a battery (especially when a lot of torque is needed).

With a brushless motor, you essentially eliminate this wasted energy since there is no friction between moving parts. Because the energy is all being used for the task at hand, you’re maximizing the power stored in the battery.

An added benefit is that the tool runs much cooler making it more comfortable to use.

Brushless types of drills are worth the extra money because you’ll get a better torque value in a smaller design compared to brushed models. The circuit board within the motor dictates the power outage.

There’s no friction to take away from the motor’s torque so the circuitry puts out as much power as possible to the work at hand.

A small motor can do the job of a larger model without the weight, excessive power draw and noise associated with brushed designs. According to SGS Engineering, brushless motors last longer than brushed designs because of the friction-free design. Regardless of its operational frequency, brushless drills seem to work for years without any issues.

The lack of friction means that less heat is generated by the internal components. Heat is a typical catalyst for early breakdowns among power tools. By keeping the components cool at almost any RPM, the motor remains stable enough for years of service.

The fact that the drill lasts longer than brushed models equates to money savings. You’ll probably pay less for the drill when you look at its purchase as a long-term investment.

If a brushed model was part of the equation, a brand-new purchase would be necessary during the time that you could be using a reliable, brushless product.

Because there are circuit boards within brushless designs, there’s a higher level of complexity to the unit’s operation. Some models can sense the material being drilled.

The circuitry alters the torque and other aspects of the drill, which creates better efficiency through the entire project. The alterations also reduce strain on the internal parts. You’ll have an efficient, power tool that lasts through almost any drilling project.

Brushed motors require some space for movement between the parts. Brushless motors are entirely different. They have the ability to be housed in a smaller housing because of the friction-free environment.

This smaller housing makes the drill lighter and easier to use by anyone in the household.

A feature that’s often a selling point is the quiet operation of the brushless models. Your home may be in the middle of a project, but it’s not necessary to drown out the entire household with power-tool sounds.

According to Eureka Magazine, quiet motors don’t compromise their power levels. Use the drill for the most difficult work around the home, but keep the noise pollution to a minimum. The lack of friction contributes to the quiet operation.

11 thoughts on “Is a Brushless Drill Worth the Extra Money?”