Skip to content
0shares
Note: This post may contain affiliate links. This means that at no cost to you, we may earn a small commission for qualifying purchases.

As a result, users are often disappointed with the screwdriver being too weak when they use them for a specific project. For those medium to heavy duty projects, they’d be better off simply using their trusty cordless drill with a screwdriver bit. For light jobs, that’s where a cordless screwdriver excels.

While some experienced craftsmen are able to use a drill or other high-torque tool for delicate jobs instead of a cordless screwdriver, this carries a risk of damaging the screw or material without precise control and is not advised for the average DIYer.

While it’s totally fine using a normal screwdriver set, a cordless electric model will save you time and effort, especially when lots of screws are involved. The following electric screwdrivers are ideal for general light use around the house and garage and well worth their low cost. 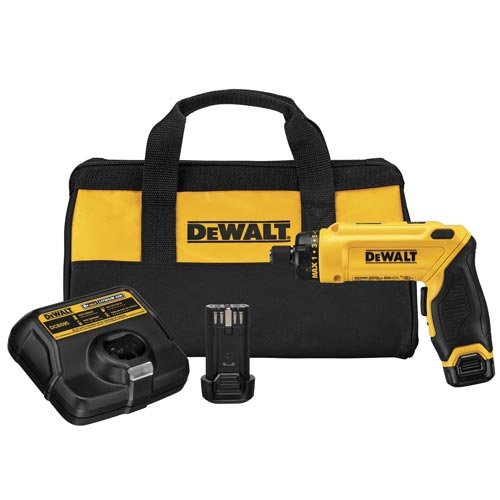 You almost can’t have a list of power tools these days without DeWalt making an appearance. In this case, the DCF680N2 Gyroscopic Screwdriver has proven yet another winner for the household name company.

This battery operated power screwdriver uses the 8V MAX battery pack to deliver motion-activated variable speeds of up to 430 RPM when working with wood, plastic, and even light-gauge metal.

The grip (an important part of any screwdriver) is adjustable to allow for either straight or pistol-grip handling, while 15 clutch position settings make work go even smoother regardless of which direction the motor is running.

Owners of the DCF680N2 have a lot to say about the quality found in both the driver and its batteries. Despite abuse and frequent drops, consumers have reported no damage beyond some cosmetic scrapes.

The MAX battery system continues to impress, providing the screwdriver with enough power to drive approximately 200 screws on a single charge. The charger can be wall-mounted and will completely restore a battery in only 30 minutes, allowing very little downtime during heavy use.

Finally, the gyroscopic feature has proven very popular with users, as it allows for superior control and reversal by simply turning your wrist. 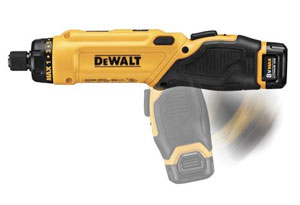 The lightweight build and power may make it the best electric screwdriver for household use, such as hanging pictures or drilling into drywall, but it cannot handle major jobs.

Lastly, the consensus is that the screwdriver is best used solely for screws, even though it can accommodate drill bits. 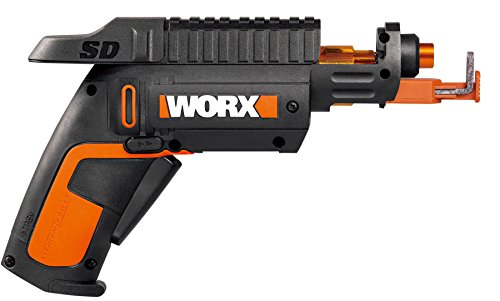 The driver is able to handle any one-fourth inch hex shank insert bit, and the 4V MAX Lithium battery is able to retain its charge for up to 18 months.

One of the most common comments by owners of this small electric screwdriver is its ease-of-use. Whether the user is a seasoned builder in need of a compact portable tool or a family member who wants to tighten a loose screw, the experience proves satisfying.

On longer projects, the ability to change bits quickly and hold onto screws will save you both time and effort. Finally, the amount of torque provided by the WX255L is adequate to complete most jobs without the risk of damaging screws.

As is the case with the DeWalt, some have complained that this small electric screwdriver lacks the power for heavy-duty jobs, although it works fine for regular tasks. In the event you plan to work on projects where higher torque is necessary, this is not the battery screwdriver for you.

The other common complaint is a lack of speed variation. While the WX255L is able to tackle a number of projects, some users have found it difficult or slow to complete tasks due to the inability to control speed. 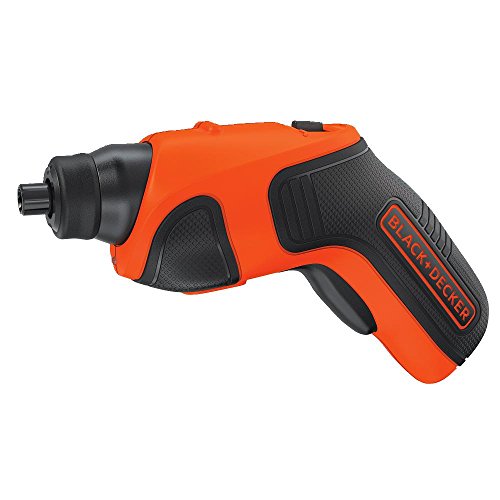 Black & Decker often makes products for specific uses, trading versatility for quality. The BDCS20C is a prime example, with a compact design intended for tight spaces.

The motor provides 180 rpm, making it perfect for a wide variety of jobs ranging from guitar tuning to furniture assembly. As a trade-off, the unit is obviously not a good option for drilling or even medium-duty use.

The list of positives are extensive. Some of the things users frequently note are the durability, compact design, and ease-of-use. The long battery life and overall efficiency appeal to a wide array of consumers, ranging from workshop owners to those who simply need to tighten a screw.

There are three common complaints about the BDCS20C. The first relates to the low RPM, which makes it a poor drill. These complaints are generally accompanied by comments that the speed is sufficient for its intended use, however.

Secondly, many consumers are disappointed that the screwdriver lacks some common features, such as an LED light and bit holder.

The final issue owners have had with this model relates to a common problem with ordering online, namely the risk of getting a used or lower-quality product when ordering from a third-party distributor.

It’s always best to purchase tools such as this from a reputable website or store to make sure you’re getting the genuine product.

Scroll back to top
0shares