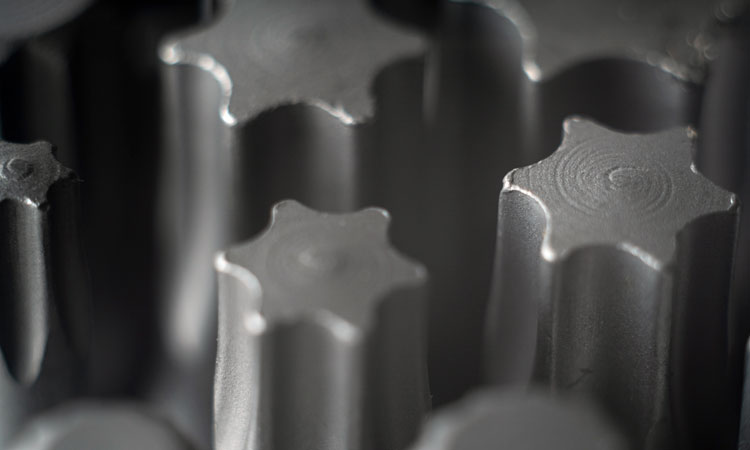 Note: This post may contain affiliate links. This means that at no cost to you, we may earn a small commission for qualifying purchases.
97 shares

One of the biggest problems with straight and Phillips heads are their ability to slip when there’s more torque than grip. This can lead to stripped heads and a greater risk of personal injury. Several types of screwdriver have been created to combat this flaw, including both the Allen wrench and Torx driver.

There’s a lot of potential confusion when it comes to whether or not you should include Torx bits (aka: star bits) in your toolkit. Additionally, you may not be familiar with the various standard and uncommon star bit sizes.

The following guide will help you understand Torx bits, what sizes are out there, and why these bits are gaining traction (literally and figuratively).

Torx bits are a specialized type of screwdriver bit designed to prevent slips. They’re a standard 1” length and have a flattened, six-pointed head. For this last reason, they’re generally known as star bits.

As mentioned, one of the reasons the Torx driver was invented was to reduce the risk of slippage when applying torque. Straight bits have only two points where they grip the screw, making it easy for them to strip the head.

However, they also have a flat edge which increases overall surface contact. Phillips bits have four connection points but usually also has a tapered tip that contributes to slippage.

Star bits take the strengths of each and improves upon them. The star shape provides six points of contact, and the tip is flat, allowing for maximum contact. As a result, it can be very difficult to slip when applying torque to a Torx bit.

Another advantage over other types is that star bits are much more efficient when hand-tightening. You can apply a large amount of torque without camming out.

Finally, Torx bits are less common, making it more difficult for theft, vandalism, and other forms of unauthorized access. There’s even a Torx security variant that provides maximum tamper resistance.

As Torx became more common, it also became less secure. To combat this, a special variant called the Torx security fastener was created. Much like the regular star heads, these tamper proof Torx heads have a six-pointed recess. The big difference is the addition of a central pin.

The pin serves to block access to the screw with regular Torx bits, as well as other driver types. Without the proper bit, you won’t be able to manipulate the security Torx screw. For this reason, it’s a popular fitting for prisons and other high security or high risk areas. But you may also find them used in home appliances.

While it’s common to use the terms Torx and star interchangeably, there’s actually a bit of a difference between the two. Much like the Allen wrench, Torx is a trademarked name and refers to a specific brand, whereas star is the generic name (much like hex keys). However, there is a difference beyond just licensing.

Many consumers feel that star bits are better than Torx because the latter uses a restricted manufacturing license to use the patterns. Yet star bits are so closely matched to the shape of Torx that they can easily be used as a substitute.

Many star bits have little improvements, such as knurled ends or ball dents to improve handle grip. While essentially the same as official Torx, these little additions tend to make third party star bits a more popular choice.

Another bit of terminology that can be confusing is when referencing internal Torx vs external Torx. When talking Torx bits, we’re actually referring to an internal Torx head. In other words, the bit is inserted into the head of the fitting.

External Torx works the opposite. These are sockets which fit over the raised head of a star-shaped bolt. Where most people get confused is the reference to internal vs external is actually in relation to where the Torx driver connects to the fitting, not vice-versa.

Can You Remove a Torx Screw Without a Torx Bit?

This is one of those common questions where the answer is a very reserved yes. You can theoretically remove a Torx screw using a straight screwdriver or Allen key provided the two are the appropriate size. However, in both cases, you run the high risk of stripping the head.

There are also a lot of emergency DIY methods out there, such as softening a piece of plastic and shaping it to fit. However, these other methods are just as prone to failure. In the end, it’s usually much cheaper to simply buy an actual star bit set.