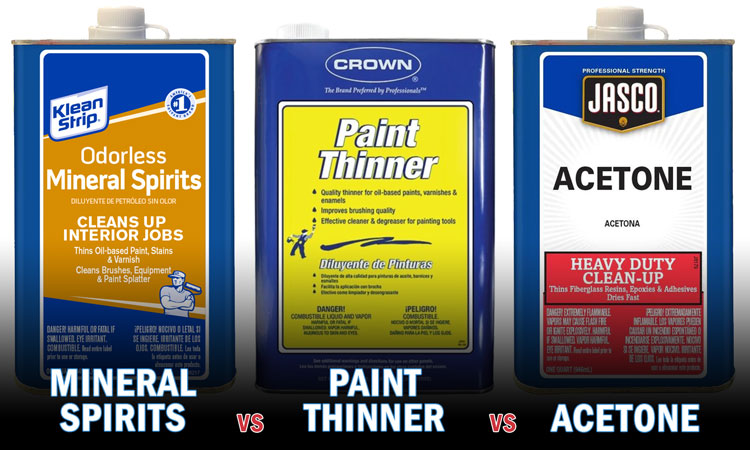 Note: This post may contain affiliate links. This means that at no cost to you, we may earn a small commission for qualifying purchases.
92 shares

When discussing certain chemicals or agents used within a project, for a specific purpose, it is quite common for a certain level of overlap or even confusion to exist. After all, many such chemicals are somewhat similar in nature and carry a rather significant range of uses.

Of these chemicals, few are as confused or used as interchangeably in conversation as mineral spirits, paint thinner, and acetone.

Many consumers feel as if each of these products can be used interchangeably, and to a particular degree, there is a certain level of truth to this notion. However, these three solutions vary enough from one another that they should not be lumped into a single category, or be thought of as an identical agent.

In fact, mineral spirits, paint thinner, and acetone all carry their distinct characteristics, as well as their own list of potential uses. In order to make the most out of the use of these solvents, one should thoroughly understand the specific traits of each.

Read on to learn all that there is to know about mineral spirits, paint thinner, and acetone, as well as the many uses for each of these chemical agents. 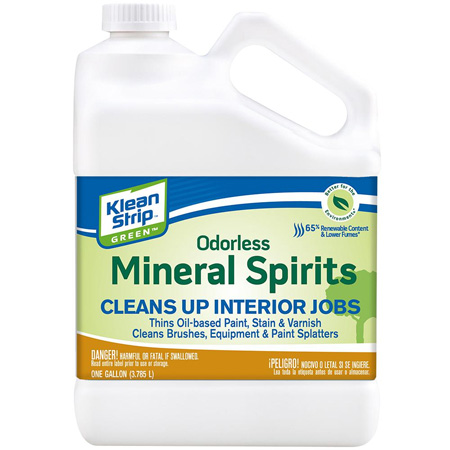 Mineral spirits are a refined petroleum-based solvent, which is used in a wide variety of applications. In comparison to both paint thinner and acetone, the use of mineral spirits tends to be a far less harsh proposition.

As a general rule, mineral spirits are not overly volatile, nor do they possess the same offensive odor that often characterizes similar substances.

It is also worth noting that mineral spirits are generally far less toxic than paint thinner and acetone. This allows a consumer to use mineral spirits, without as much fear of having their skin burnt, or experiencing intense headaches and coughing.

Mineral spirits are most commonly used to to clean, cut, or thin adhesive compounds and oil-based paints. Therefore, the use of mineral spirits is ideal when attempting to remove adhesive left behind by a sticker, or for removing paint from a paint brush.

Many consumers also use mineral spirits as a general cleaning agent. This cleaner tends to be especially helpful when attempting to remove dirt and foreign matter from gardening tools, or when degreasing automotive parts.

Disposing of unused mineral spirits is a rather straightforward process. To begin, mineral spirits should never be poured down a drain. Though this form of solvent is generally considered less toxic than many alternatives, it still poses a pollutant risk if improperly cared for.

When disposing of mineral spirits, you should first locate any nearby hazardous waste disposal sites. Call to ensure that the nearest of these sites is currently accepting solvents, such as mineral spirits.

Once a proper disposal site is located, any unused mineral spirits can be dropped off, either still in their original container or diluted into cat litter. 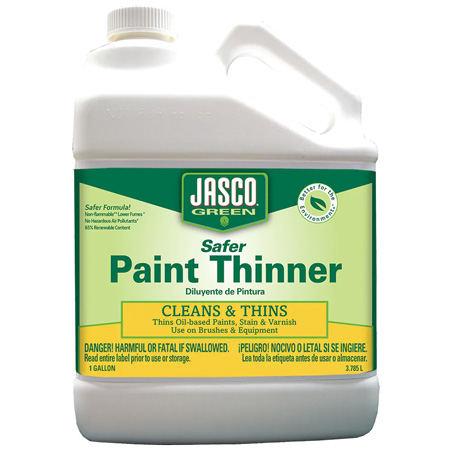 Paint thinner is a fairly aggressive solvent, which is used in a variety of applications. The smell of paint thinner is often described in differing manners depending upon an individual’s personal tolerance toward odors. Some refer to this smell as “mildly pleasant”, while others regard paint thinner’s odor as overpowering.

While paint thinner is extremely valuable for use when painting or treating surfaces, one should always take its toxicity into consideration. Paint thinner has been known to cause eye, ear, and throat aggravation.

This solvent can also cause mild chemical burns if left in contact with bare skin for an extended period of time.

As its name would suggest, paint thinner is most commonly used when painting or staining surfaces. By its very nature, paint thinner is extremely efficient at thinning paint to any consistency that is desired.

This makes it easier for consumers to fine tune their paint application, to meet the specific needs of the task at hand.

Paint thinner can also be used to prevent paint from drying when it has been left open and exposed to surrounding air. Likewise, paint thinner can be used to remove paint from rollers, brushes, and other equipment with minimal effort. This ultimately saves time during the cleanup process.

Paint thinner is largely reusable by nature, and can be strained to eliminate impurities. This can be done quite simply by storing previously used paint thinner in a properly marked, clean glass jar.

This jar should be left undisturbed for a period of several days to a week, during which suspended paint will divide and sink to the bottom of the jar. Any remaining solvent will be ready for subsequent use.

However, paint thinner can also be disposed of at any facility that is properly trained and licensed for the disposal of hazardous chemicals. Be sure to call ahead, ensuring that such facilities are able to properly process your delivery. 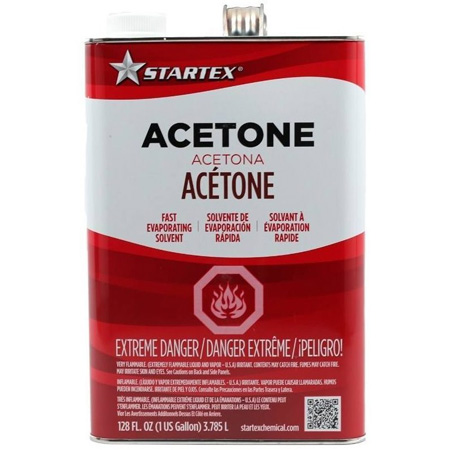 Acetone, also known as Propanone, is a colorless liquid solvent, which can be used to complete a wide variety of tasks. Solvents of this nature tend to be extremely aggressive, and highly versatile.

In an industrial setting, Acetone is commonly used in the manufacture of plastic products. However, Acetone can also be carefully used in numerous at-home projects.

When using Acetone, it is important to remember that this solvent is inherently caustic, and is more than capable of causing rapid eye, nose, and throat irritation. Acetone should also only be used in well-ventilated areas, as extensive inhalation has been known to cause intense headaches, as severe lightheadedness.

Acetone is perhaps most commonly used as a fingernail polish remover, though its actual list of uses is extremely long. Acetone can also be used to neutralize super glue, remove scale build-up, eliminate ink stains, and buff out scratches in lightly finished surfaces.

Many also favor the use of Acetone for its ability to remove paint in rapid succession. Acetone is quite aggressive, and has little problem powering through even the most thick/stubborn coats of paint.

However, caution should be taken when using Acetone over large surfaces, as it is extremely flammable, by nature.

The manner in which Acetone should be disposed of, is directly dependent upon the amount of solvent that is used. Very small amounts of Acetone, such as that which is used when removing nail polish, can be placed within a plastic garbage bag, prior to being discarded inside of a metal garbage can.

On the other hand, large scale disposal of Acetone should be handled in an identical manner as would be standard procedure when disposing of other forms of solvent.

One should consult their local hazardous waste disposal agency, for further direction regarding any nearby locations that are equipped to handle solvent disposal.